Imagine a whitewater river. It might be fast or slow moving, but no matter the speed of the river, the water travels smoothly because it's all flowing in one direction. Now imagine a place in the river where it starts to bend. It's at this juncture that the water becomes turbulent because liquid can't change direction smoothly. The swirling reverse-current that is created is known as an eddy.

What does this have to do with veins? When the blood is flowing up the leg in a deep vein, and then – due to venous reflux – it turns and starts going back down toward the feet in a superficial vein, "eddies" are created at the intersection of the deep vein and the superficial vein. Phlebitis almost always starts at a juncture where there's turbulence.

Phlebitis describes a condition in which a vein in the superficial vein system becomes inflamed and swollen. (It is also referred to as superficial phlebitis.) Spontaneous phlebitis happens when there is a sudden onset of vein inflammation.

Three out of 10 patients may develop spontaneous phlebitis after endovenous laser ablation (EVLA) therapy, but according to phlebologist (vein specialist) Cindy Asbjornsen, D.O., ABPh, it is very preventable.

Post-operative requirements include wearing prescribed graduated compression stockings and walking at least 30 minutes a day. If a patient does experience pain or swelling, he or she should apply heat to the area, elevate the legs, and take a non-steroidal anti-inflammatory drug, such as ibuprofen or naproxen.

If phlebitis does occur and is not treated in its early stages, thrombophlebitis, or the formation of a blood clot associated with phlebitis, can develop. Think back to the whitewater river analogy: at the critical junctions where there is lots of turbulence, the blood in the center of the "eddy" is staying still – and any time blood stays still, there is a risk for clotting.

The right diagnosis and treatment
Anyone with venous dysfunction can get phlebitis or thrombophlebitis, and both are very common, but historically the medical community has received little training about these conditions and how to treat them. Some physicians underestimate how much a patient with thrombophlebitis can suffer, even though the pain can be incapacitating.

"I've seen patients with veins that are rock hard but feel extremely tender; some have had to stay home from work it hurts so badly," said Dr. Asbjornsen.

She emphasizes that although untreated phlebitis can present very dramatically, early and aggressive care can "nip it in the bud."

While many physicians have been trained to treat phlebitis with antibiotics or anti-coagulation, the proper treatment for phlebitis is to apply heat (NEVER ice) to the area, elevate the legs, and non-steroidal anti-inflammatory medicine.

Before ultrasound, all phlebitis was treated as septic phlebitis (caused by bacteria in the venous system) and the treatment was a course of antibiotics. Dr. Asbjornsen only prescribes antibiotics if someone has a fever that is 100-degrees or higher (an indication that it the phlebitis might be septic in origin).

The only time that anti-coagulation is appropriate is when the thrombophlebitis is within at least two centimeters from the saphenofemoral junction (where the great saphenous vein in the superficial vein system enters the deep vein system).

What about DVT?
To review, phlebitis (also known as superficial phlebitis) is the inflammation of a vein, usually in the leg. Symptoms include redness, swelling, tenderness, and pain in or along a vein. Thrombophlebitis is a blood clot in the superficial vein system.

Deep vein thrombosis (DVT) is a blood clot that forms in the deep vein system. Superficial phlebitis should not be mistaken for a DVT, because with phlebitis, you can almost always see the vein that is involved. Phlebitis often presents like a big, red streak and usually comes with symptoms, whereas DVT sometimes presents with no symptoms.

If phlebitis is located on the high thigh, however, the patient should get an ultrasound to make sure that the deep vein system is not involved, or that the vein involved is less than two centimeters from any deep connection.

Research found that the condition confers a 10-fold risk of developing DVT within six months compared with controls – but that absolute risk of DVT following SVTP is just 2.7% and "watchful waiting is probably a reasonable approach in primary care."

Additionally, the study found that swelling of a leg within six months after a superficial thrombophlebitis should prompt diagnostic testing for DVT.

Preventing phlebitis
Dr. Asbjornsen advises that "all the things that prevent DVT" also keep phlebitis at bay, including evaluation by a board certified phlebologist if venous disease symptoms are present in the legs: spider veins, varicose veins, heaviness, achiness, and/or discoloration or changes of the skin.

Also, stay adequately hydrated and stay active to promote circulation. Avoid prolonged periods of inactivity (such as after surgery or long stretches of sitting). Last, but not least, maintain a healthy weight, eat a healthy diet, and don't smoke.

Some doctors recommend an anti-inflammatory diet, such as the DASH diet (dietary approaches to stop hypertension). Supplements such as fish oil, horse chestnut seed extract, ginger, and tumeric are natural anti-inflammatory agents.

This article was featured in Vein Health News, a publication founded by Dr. Cindy Asbjornsen to educate medical professionals and patients about vein health.

<< Back to Articles page 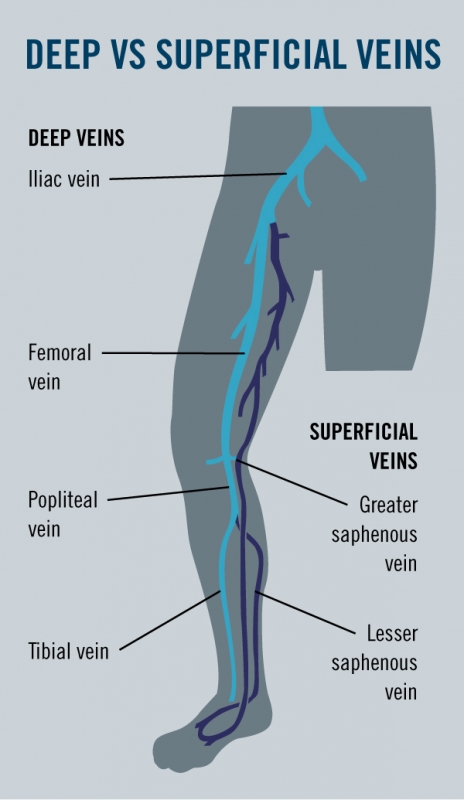 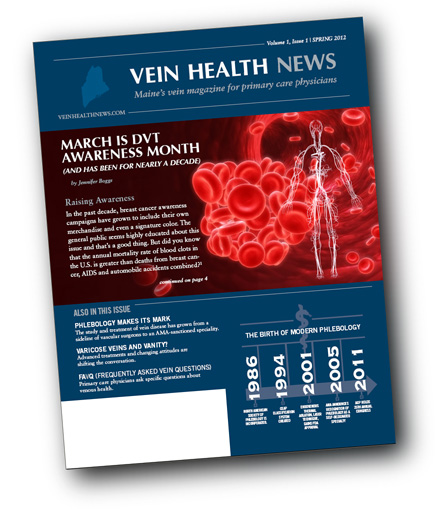 Do I have Venous Disease?
Millions of people across the United States experience its symptoms. Find out more by asking yourself these 12 questions.

Request an Appointment
Ready to take the next step towards understanding your vein health and the available treatment options? Click here to request an appointment.